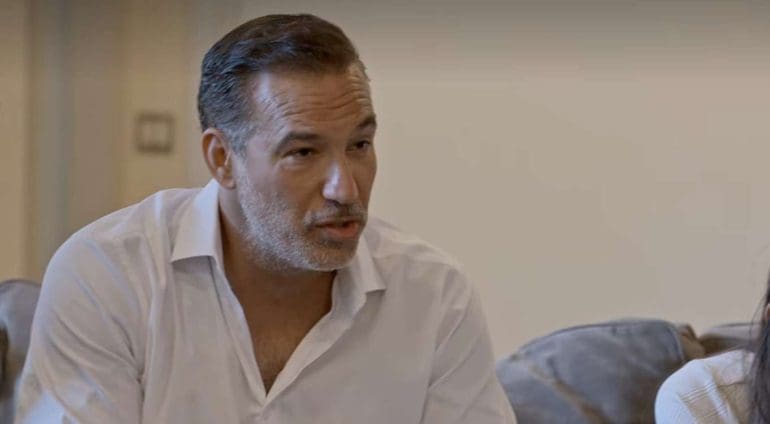 Love Is Blind‘s Alexa’s dad Adam Alfia’s business empire is vast indeed, according to his wife Morgan Alfia. Alexa Alfia‘s highly desirable Jewish zaddy is very much a self-made millionaire (many times over). Fans of season 3 love his protectiveness, his devotion to his family, and, of course, his ridiculous wealth. The entire Alfia clan reveres him. They get him drinks on demand and clear out of the living room when it’s time for a mano-a-mano with Alexa’s fiance Brennon Lemieux to talk Jewish conversion. Their deference makes sense. Alexa’s dad Adam’s business empire is quite extensive and lucrative.

We’ve already covered how Adam’s family are at times his employees and business partners. However, fans of the show might want to take things one step further and visit an establishment owned by Adam. Here’s a complete list of all the businesses Adam owns or part-owns and a ballpark guesstimate of his net worth. (Don’t believe websites pulling a figure out of thin air, claiming to know a reality TV star’s net worth.)

Located at 6520 North Central Expressway in Dallas, this is the upscale auto repair shop where Love is Blind’s Alexa’s dad Adam Alfia’s business empire got its start. There is another listing for 5606 Dyer Street, which may have been the original location. Adam loves foreign cars and handles all sorts of repairs and services here. We haven’t seen any of Adam’s rides in the show yet, but he does ask Brennon about his choice of vehicle.

One of the patterns we see for Love is Blind’s Adam Alfia’s businesses is that when one company develops a limitation, he comes up with another business to deal with it. When your luxury foreign car breaks down, a brick and mortar body shop is great — if you can get there. On Adam’s LinkedIn, the primary business listed there is Maestro Personal Assistants. Located at the aptly named Alfia Ventures Building on 16990 Dallas Parkway, Maestro is basically a call center for anything you need.

Apparently they work directly with established car brands like Infiniti, Nissan, Mitsubishi, Subaru, and Audi. They provide emergency auto assistance, but also do travel arrangements and set up appointments for clients. On the “Why Maestro” page, a VIP Netflix graphic is prominently displayed. No wonder Adam was so eager to steal the show on the Netflix reality TV show! Plus, Maestro would have to have relationships with all the best nail salons, hotels, whatever. Wheels within wheels!

But let’s say you’re not satisfied with your service, and a negative online review is the result. No worries: Love is Blind’s richest dad Adam Alfia’s business of Real Time Feedback is right there. Founded with his bro Kfir, Adam has set up a way for your company to get feedback from customers directly. While it’s nice to get instant messages when someone is not happy, there’s definitely an aspect of control here. You can’t do anything about a negative Google or Facebook review, but using Adam and Kfir’s software means that negative feedback is a lot less public. Incidentally, Kfir appears to be the more software/customer service oriented of the brother tag team. Alexa’s brother Aden is also listed on the RTF team page as a marketer.

You own a concierge service to businesses and software that helps businesses with feedback. What’s the next level up from that? Owning those businesses! How about a whole seafood franchise with 8 locations to get you started?  Shell Shack has your crab boils, your shrimp, and award winning snow crab. Not exactly kosher, but sounds delicious. Cutie Pies Pizza has a rollout of Italian dishes, and Hot Chicks Nashville has your spicy chicken needs covered.

Not all of Adam’s businesses are still in operation. Avenu Lounge at 2912 McKinney Avenue is sadly closed. It did enjoy busy crowds of younger people and a good reputation for the time it was open.  Theory Nightclub has taken its place at the same location. And guess who’s the manager? That would be Alon Abramov, husband to Alexa’s sister Cara. Alon’s Douchey Club Owner Birthday Celebration took place at Theory on July 13th. If you’re looking for something a bit more PG, Playground Bar Uptown just down the road offers plenty of adult-sized child games like tic-tac-toe and giant Jenga. I wonder what it’s like to play real life Pac-Man? 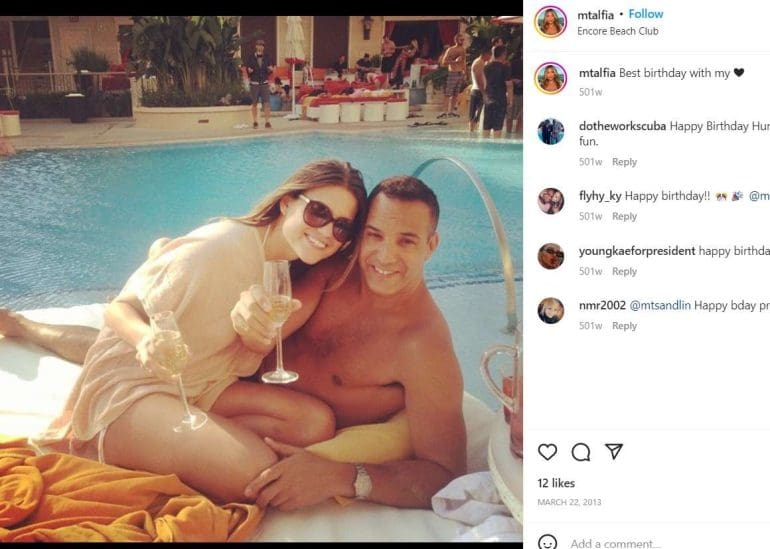 Finally, we have the progressive and modern gym co-owned by Adam and his wife Morgan. With its own childcare center onsite, Neon is the perfect place to cycle off those calories that you packed on at the other venues. Morgan is very proud of her relationship with her employees, as a few can be found in her Instagram photos.

Adam also brings in cash from a few places he’s invested in, but doesn’t own outright. These are listed on the Real Time Feedback About page. There’s Landmark, which could be a property ownership company or just a single building. It’s tough to know because there are lots of places called “Landmark” in Texas, including a health care company and a historic inn. The hotel that the couples stay at on Love Is Blind is known as the Jewel on Landmark. For a moment I actually wondered if Adam owns that too, but apparently the hotel is on Landmark Boulevard. TXR is another tough one because many things are named that in Texas, including a whole railway. We’d guess it’s Texas Republic Sports Bar and Nightclub. The easiest one to pinpoint is The Yard, another fun outdoor patio style restaurant and bar.

Basically, the man literally owns a significant chunk of Dallas. Now you know why Alexa can afford to never wear the same outfit twice!

Although it’s nearly impossible to even come close to guessing Love Is Blind star Adam Alfia’s net worth accurately, it’s safe to say he’s worth tens of millions, if not hundreds of millions. And he certainly helps his family out, like Alexa and her insurance business. You add up his business empire and he undoubtedly has a ton of monthly revenue pouring into his bank accounts. He even said on the show his family is used to living a very affluent lifestyle. It looks like Brennon hit the lottery if he successfully marries into the Alfia family. 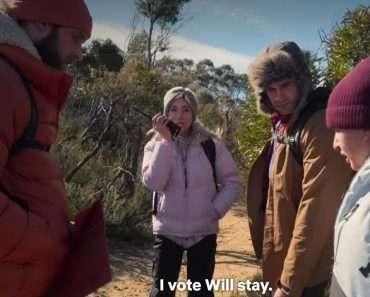 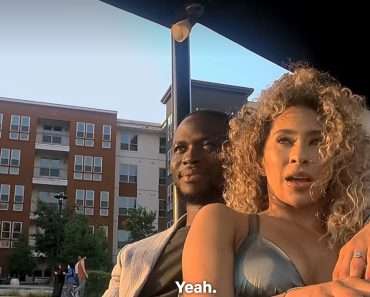