Fans want to know if Second Stew Gabriela Barragan from Below Deck Sailing Yacht season 3 gets fired by Chief Stew Daisy Kelliher. Well, all the show clues point to Gabriela quitting the show instead of getting fired from working on Parsifal III.

Gabriela struggled to get support from her boss Daisy every time Third Stew Ashley Marti was insubordinate. Ashley made it clear she never agreed with Gabriela being higher rank than her. Ashley ignored the lists and instructions Gabriella gave her. Daisy, instead of reasserting Gabriella’s higher rank, undermined her repeatedly.

In episode 7, Gabriella messed up communicating to Chef Marcos Spaziani on the time of when charter guests wanted dinner. The clique of Daisy and Ashley is more revealed. Now fans aren’t just arguing why Deckhand Tom Pearson deserves to be fired, but whether Gabriela exits the show early, too. Here are all the clues Gabriella quits Below Deck Sailing Yacht season 3, and isn’t fired.

Below Deck Sailing Yacht season 3 finished filming at the end of August 2021, according to Distractify. Cast members’ Instagram accounts throughout August showed pictures of their charter season together. However, Gabriela at the beginning of August started to share pictures of herself traveling Spain during the same time period.

The captions on Gabriela’s photos hint that she may have quit Below Deck Sailing Yacht.

“No one puts Baby in the corner,” reads one caption in August of 2021.

“We outchea [sic],” reads another caption from the same time period. “Outchea” is a rap term that can mean “leaving” or “going away”. “Show up for yourself,” reads another.

“Phew! What a week. Lots of self reflection, lots of rest, lots of food, lots of love. I’m happy I came? Thanks everyone that is making my time in Spain special,” Gaby wrote in another post in the middle of August.

Her location at the beginning of August was on the island of Menorca, Spain, where Below Deck Sailing Yacht season 3 filmed. But by the second week of August, Gabriela began traveling cities in other Spanish islands, including Mallorca and Ibiza.

Gaby also included a picture (seen directly above) of a motor yacht and subsequently had pictures with other yachties. Perhaps before quitting Gabriela lined up another yachting job.

Several weeks ago Gabriella revealed she is working on the sailboat of Below Deck season 9 Deckhand Wes O’Dell.

Fans are now wondering if Gabriela and Wes are dating.

Blind item king Enty, a famous anonymous blogger claiming to be an entertainment lawyer, posted a blind item in March on Below Deck Sailing Yacht season 3. Enty claims Gabriela quit the show because of alleged racist remarks on the boat. According to Enty, without providing evidence, the show producers frame Gabriela’s quitting happening due to mental health reasons.

Other Below Deck commentators have speculated that Gabriela quits, too, and that the show producers were concerned about Gabriela quitting because Below Deck season 9 already had a scandal of Chief Stew Heather Chase saying the N-word in front of Black Deckhand Rayna Lindsey. If Gabriela did indeed quit BDSY it would be another bad moment for Bravo and Below Deck‘s attempts to have a more diverse cast on its shows.

The Below Deck Sailing Yacht season 3 preview shows a woman with platinum blonde hair kissing First Offier Gary King. Fans are speculating this mystery girl is the replacement stew after Gabriela quits. A couple other split second scenes from preview also have Below Deck fans convinced Gabriela quits or is fired.

Below Deck fans on Reddit also pointed out that Gary openly kissing Ashley again. Fans find it hard to believe (even) Gary could pull that off if Gabriela hadn’t already left the sailing yacht. In episode 6, Gary and Gaby fooled around.

Throughout the first 7 episodes of Below Deck Sailing Yacht show producers foreshadowed Gabriela not getting along with Ashley and Daisy in interior. When Gabriela called out Ashley for not finishing her task list, Daisy didn’t back her up. Daisy in interviews, including on Watch What Happens Live with Andy Cohen, bashed Gabriela as a “micro-manager”.

All the subtle signs on the show seem to indicate Gabreila exiting the show early after quitting is highly probable. If that happens, expect Below Deck fans to be furious. The vast majority of Below Deck superfans on Reddit are big fans of Gabriela and her hard work ethic. 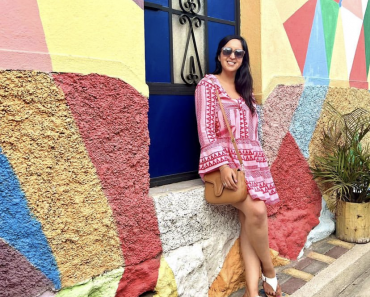