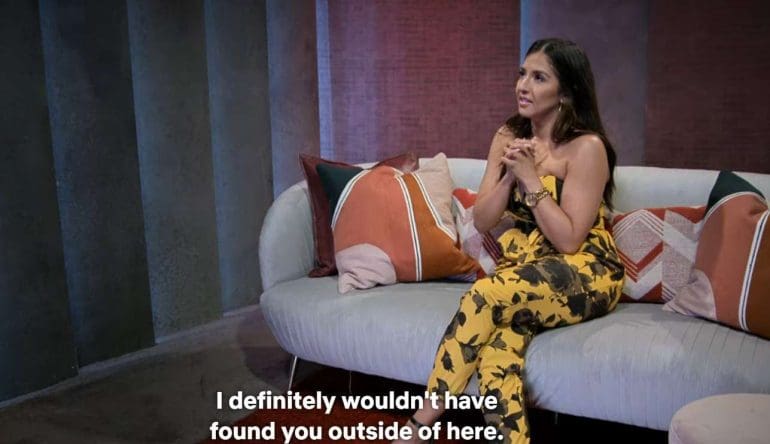 Love Is Blind‘s Zanab Jaffrey became a fan-favorite right from the beginning of season 3 because of her witty and flirtatious banter with Cole Barnett. Fans were also amazed by her perseverance. Both her parents died at a young age, her dad from a heart attack, her mom from brain tumors. On the show, Zanab (pronounced “ZEN-ub”) had to deal with the selfishness of her fiancé Cole telling anyone who would listen how he wasn’t that physically attracted to her. To top it off, he also hit on Colleen Reed in an infamous pool scene fans are dragging them hard for. After telling Colleen and Zanab that the ballerina is more his type, Cole further degraded Zanab by telling her Raven Ross and Colleen are “tens” while she’s a nine. Somehow Zanab forgave Cole for his blunt, insensitive comments. They made it to the altar on their wedding day in the latest previews. Whether or not they say “I do” is another matter entirely. In the meantime, here’s everything fans need to know about flight attendant and Love Is Blind season 3 star Zanab Jaffrey. 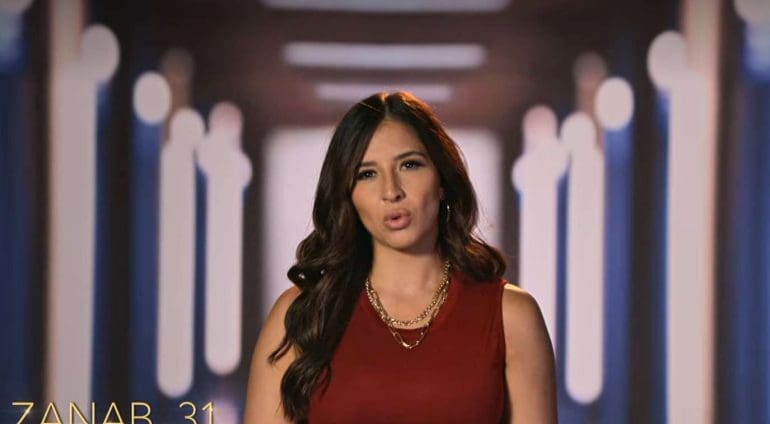 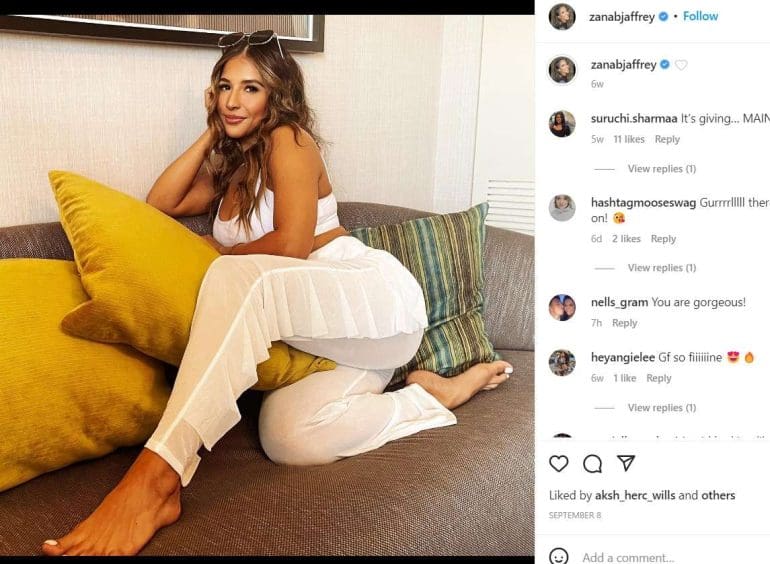 Globetrotter Zanab has flown and traveled all around the world working as a flight attendant for American Airlines, according to her LinkedIn. Originally from the UK and previously living in London, Zanab has worked for the commercial airline for six years. Even if Zanab doesn’t end up with Cole, it looks like she learned about the lucrative business of selling real estate from the man she fell in love with in the pods. Zanab now has a second career as a real estate agent in the Dallas-Fort Worth area. She also held previous job titles of spin instructor and media sales specialist before her current line of work. She studied public relations at the University Arlington and also studied the arts at Tarrant County College. 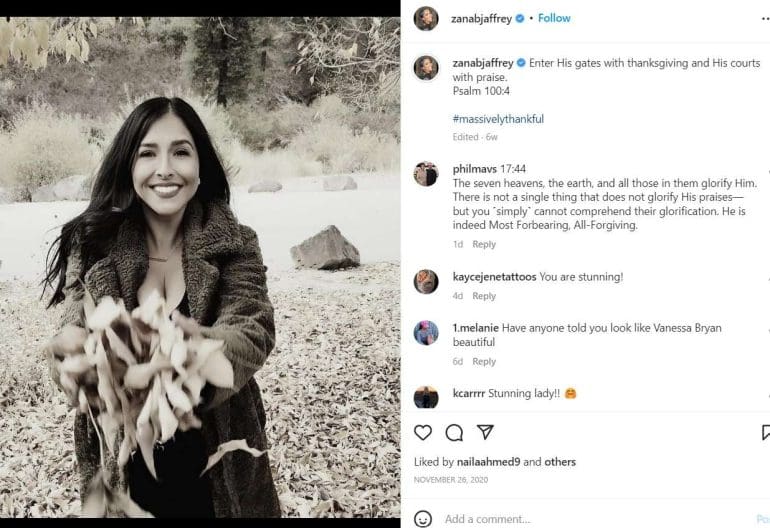 Love Is Blind season 3’s Zanab Jaffrey is a Christian and bonded with Cole because of their love of God (Instagram).

Zanab’s ancestral background is Pakistani and her ethnicity is Indo-Aryan. She was born in Irvine, Scotland, but emigrated to America with her family to Dallas-Fort Worth, Texas. Cole and Zanab became closer in the pod because of their love of God and their Christian faith. 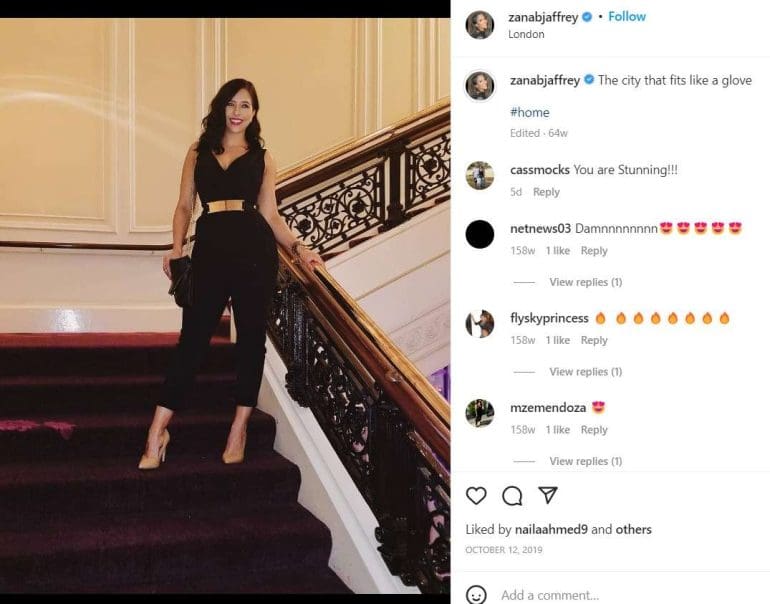 Zanab’s Instagram reveals she loves wearing designer clothes, eating out at gourmet restaurants, clubbing and hanging with friends. The Love Is Blind star also loves to travel (for free because of her job) to Paris, France, London, England, Phuket, Thailand, and many other exotic locales. 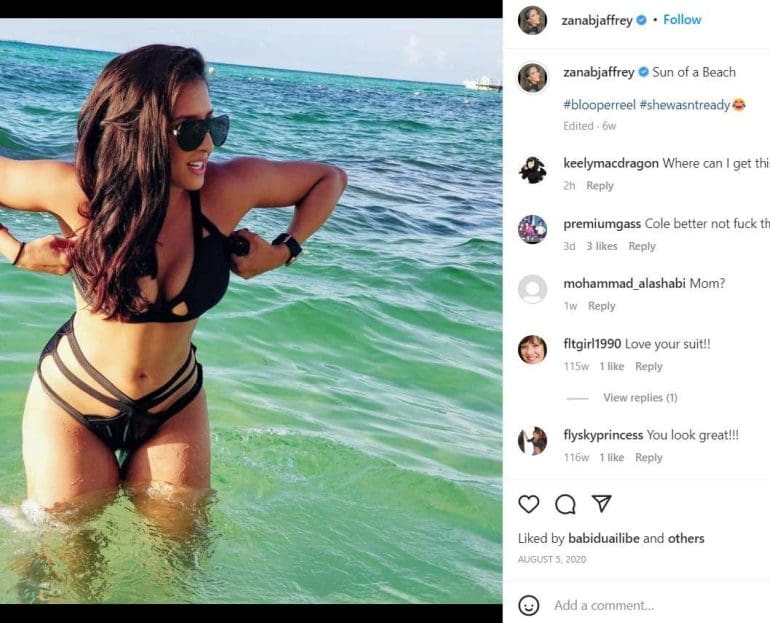 Zanab’s TikTok includes funny videos of her joking around and wearing cute outfits. 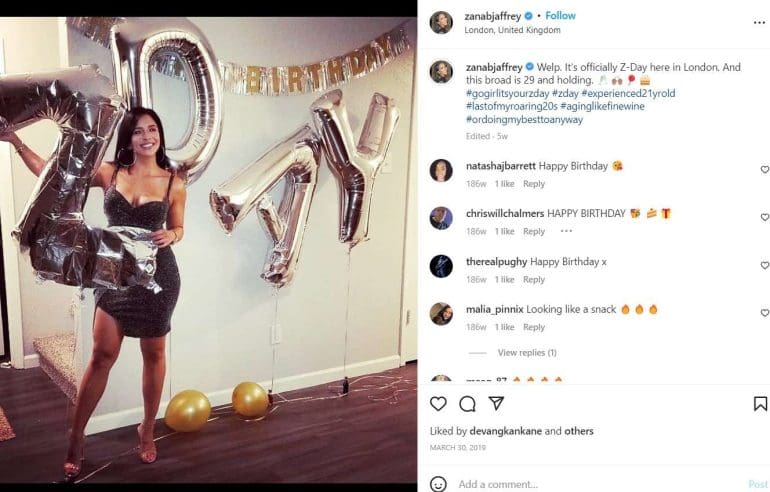 Zanab celebrates her birthday on March 30, and turned age 32 this year. On the show Zanab was 31. Zanab’s birthday makes her an Aries, which explains her bold character and fierce passion. Zanab’s age difference to 27-year-old Cole is five years and two months. That’s one of the Love Is Blind season 3 couples biggest age gaps. 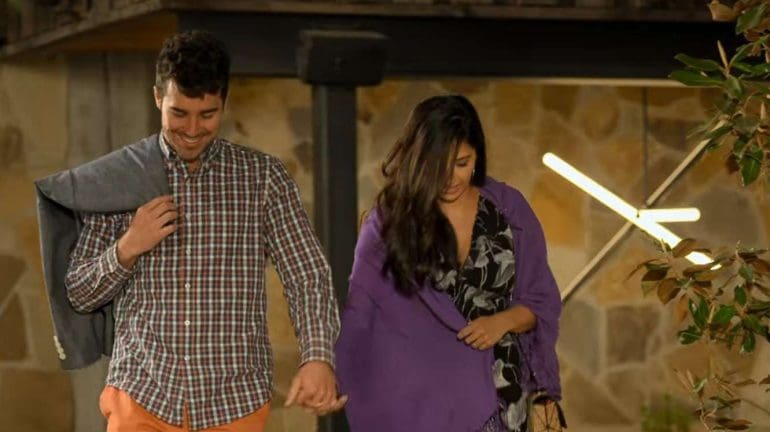 Love Is Blind season 3 fans suspect Cole and Zanab broke up on their wedding day on the show (Netflix).

Despite Cole objectifying the women on Love Is Blind season 3 and telling his fiancé Zanab she isn’t as attractive as others on the show, the couple made it to the altar. Cole shared cute IG stories of the pair behind the scenes of the show getting along swimmingly, suggesting they may get married after all. However, Love Is Blind season 3 superfans’ sleuthing suggests Cole has a new realtor girlfriend. 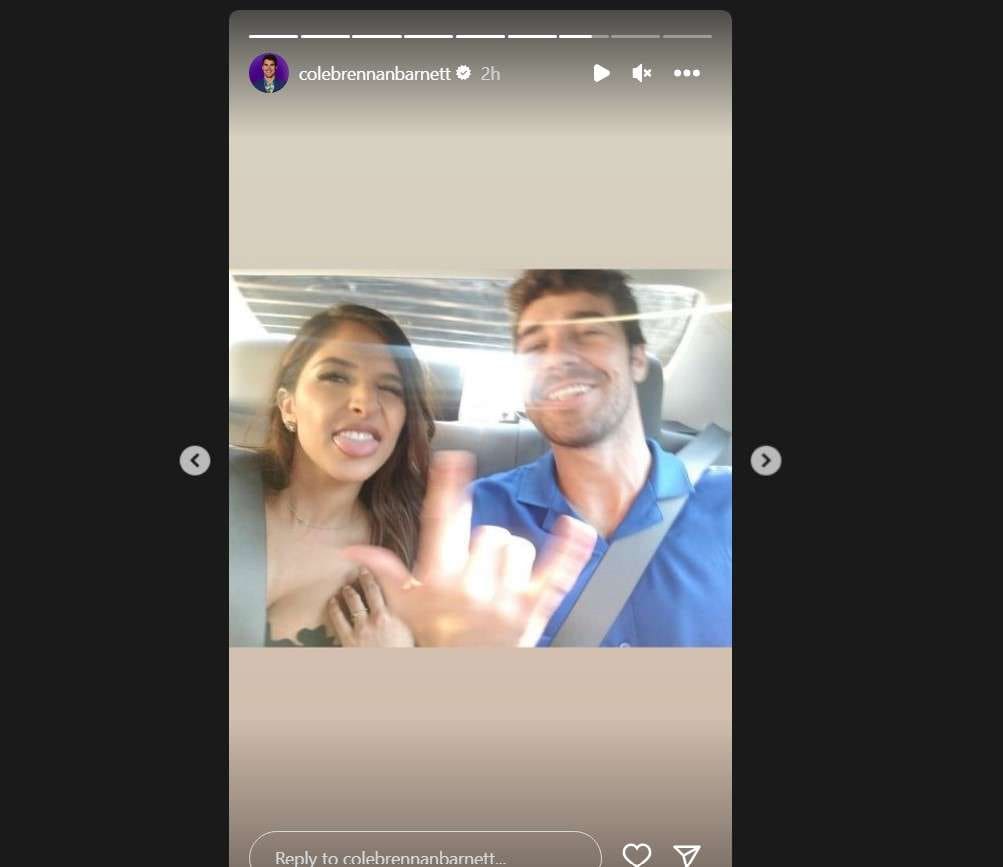 Just when fans were thinking Cole and Zanab may end up together. Zanab started working in real estate like Cole after they met. Although the couple make it to their wedding day, it looks like they split. Fans will have to wait for Love Is Blind season 3’s season finale and reunion episode to find out if Zanab and Cole broke up or are still together.