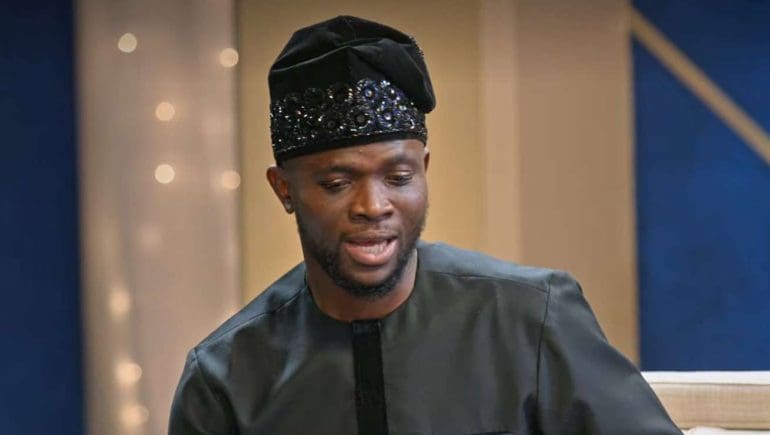 Love Is Blind season 3 star SK (Sikiru) Alagbada is finally responding to three women’s accusations he dated them after meeting Raven Ross on the show. On Wednesday night, SK posted a statement to his Instagram stories stating he and Raven broke up after the show and were dating other people. SK called the cheating claims “falsely misrepresented with malicious intent, and we are actively pursuing legal actions against some of the accusers involved”. 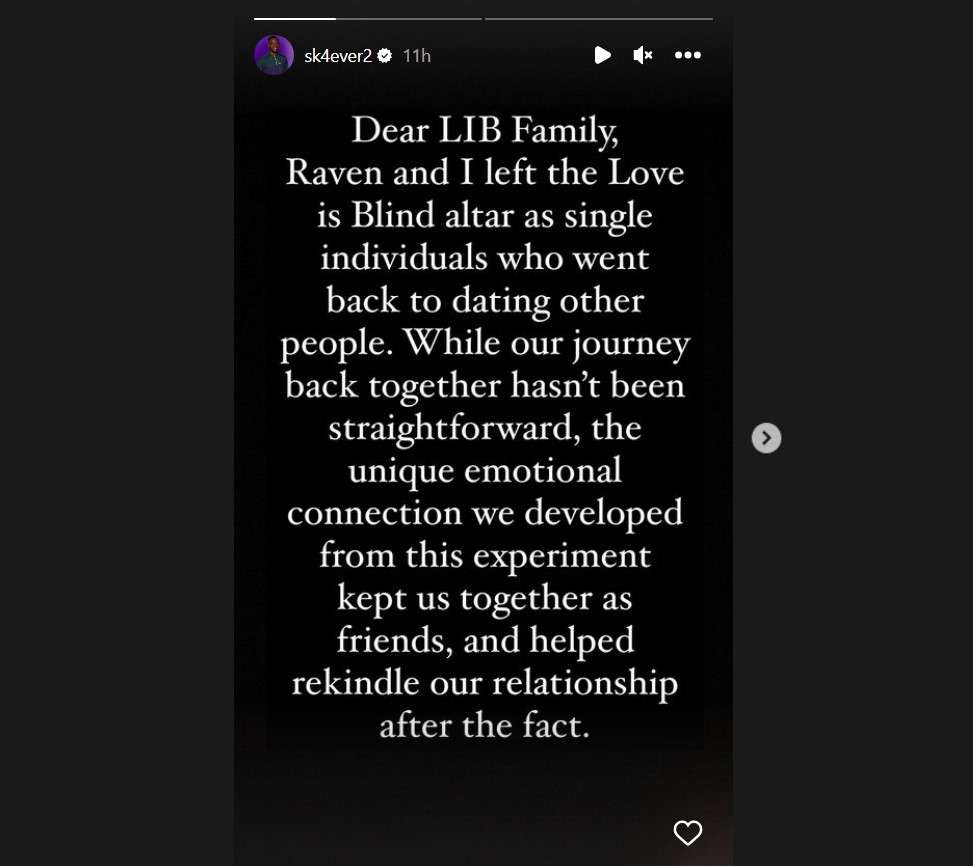 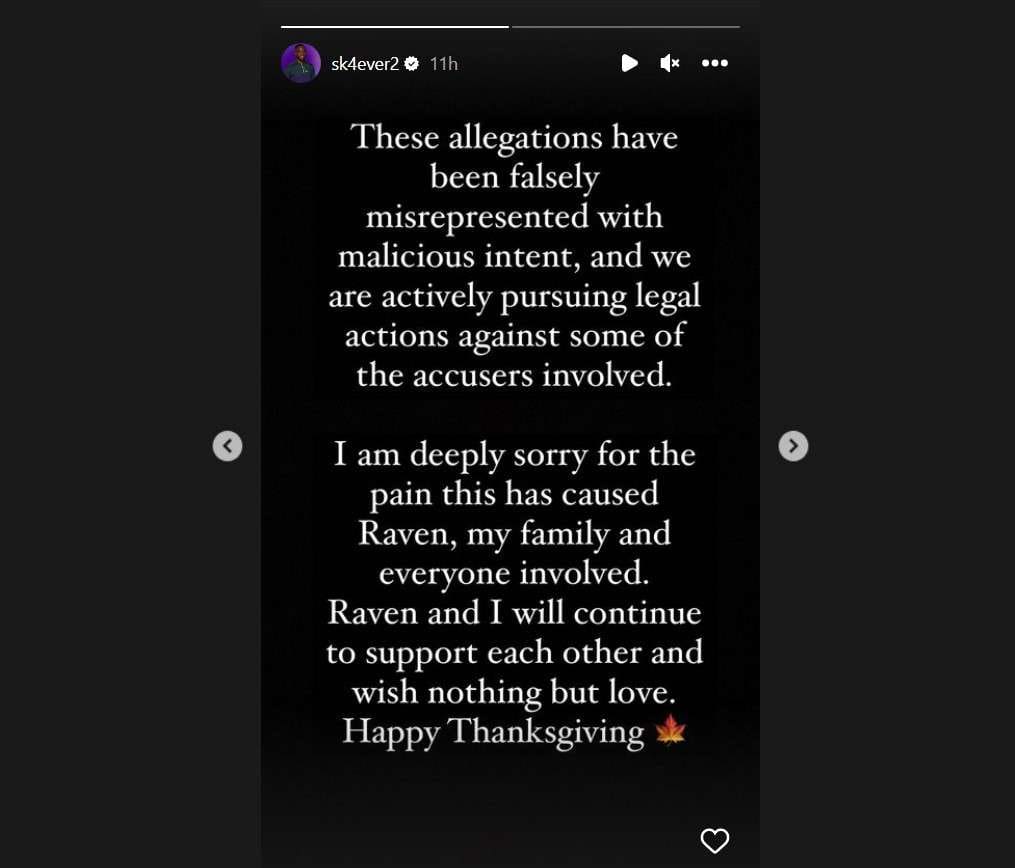 He said that their “journey back together hasn’t been straightforward” but that they remained friends after the show. They eventually rekindled the relationship later on (but wasn’t specific when he and Raven got back together). He also apologized to Raven, his family and others involved. “I am deeply sorry for the pain this has caused Raven, my family and everyone involved. Raven and I will continue to support each other and wish nothing but love.” 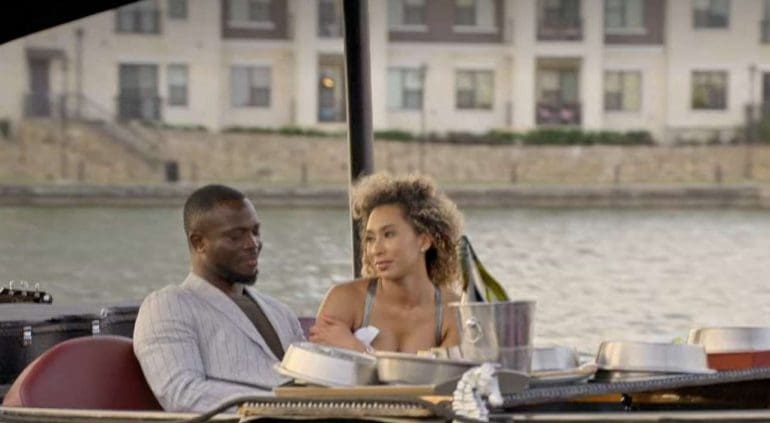 SK’s statement suggests he was single when he pursued relationships with the other women. He moved to California to attend business school at Berkeley days after saying “I do not” to Raven at the altar.

Although SK hasn’t been specific at what point Raven and him got back together, Raven said they had been “officially” together for more than a year in an interview on Nov. 10, before their most recent breakup.

“We’re still together, it’s been a while now,” she said on reality TV star Nick Viall’s podcast on Nov. 10. “Like over a year, pretty much since filming. After filming, you know, we had a weird space for a while. He, I think within that week, had to move to California. So, we definitely had a long transition period where we like still talked. But I think it’s been a little over a year that we were officially like, ‘Okay, like you know, we’re going to be official and move forward, and kind of pick up where we left off. But there is so much love there. And, like, he’s literally my best friend. So yeah, we’ve been making it work between Texas and California.” 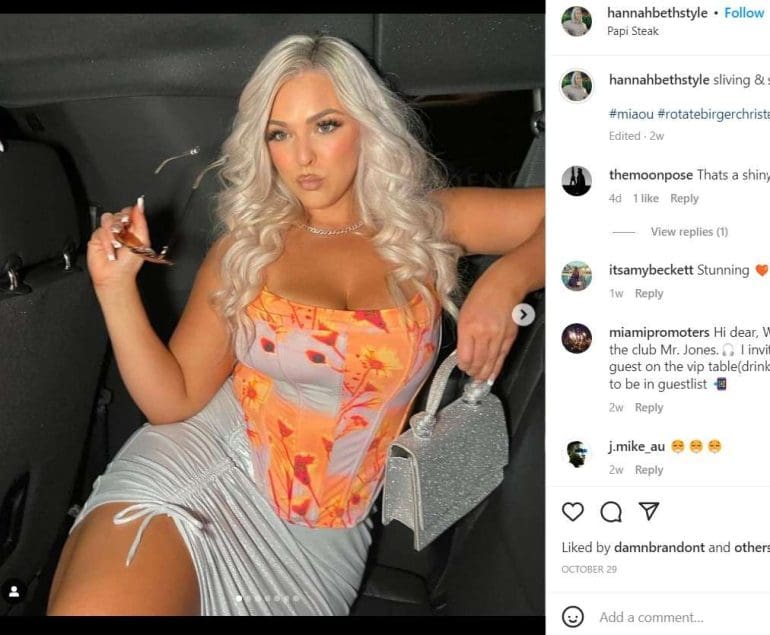 Dallas fashion influencer Hannah Beth, the main accuser, removed her TikTok video explaining her relationship with SK. However, in the comments she’s said she stands by her story and spoke to her attorney and isn’t worried about legal proceedings against her because she has lots of receipts.

In her video story (now set to private), she claimed she was SK’s girlfriend back in 2019. She said they remained friends after breaking up. She claims they discussed getting back together and took a trip to Europe in the summer of 2021. Hannah included timestamped pictures and text messages allegedly between her and SK. She also claims they went on a romantic trip to Cabo, Mexico in May 2022. She also provided alleged texts of SK inviting her on a Miami yacht trip in September 2022, which never materialized.

Several days before Hannah released her video, a woman from San Francisco, California, released a now-deleted TikTok video documenting her allegedly meeting SK on dating app Hinge earlier this year. The woman, with the TikTok account @emmwho9, included many screenshots of her alleged conversations with SK in which he was pursuing her romantically. She claims they stopped talking four months ago. The woman behind TikTok account @emmwho9 deleted her videos related to the allegations and locked her comments. Before doing so, she said she was glad she shared her story so the truth came out to Raven, but she no longer wanted the attention and to keep the story on her page.

Raven and SK’s official relationship timeline after the show according to Raven started back at the end of 2021. All three women claimed romantic interactions with SK in 2022.

Raven hasn’t publicly spoken directly about the allegations. However, she’s indirectly addressed the drama with some of her TikTok comments. Some fans told her to leave SK and that she deserved better after the allegations broke. Raven responded with heart emojis. She also posted a TikTok video about couples therapy before some of the more major allegations came out. After they announced their breakup, Raven posted another video about working out to get a “revenge body”. Her latest TikTok video is about moving on and getting a fresh start. She also deleted all her couple pics with SK last Sunday before they announced their breakup.

Despite these cryptic messages, she may have shopped with SK at Costco on Tuesday. Before they announced their breakup they shared a pace in Dallas together.

“I so look forward to helping more women learn from my mistakes and experience I agree! When I’m able to I will!” Raven told one fan when they said they hoped to hear the details about her relationship.

When SK and Raven announced their breakup they said they wouldn’t be discussing the details because of “on-going legal proceedings”. 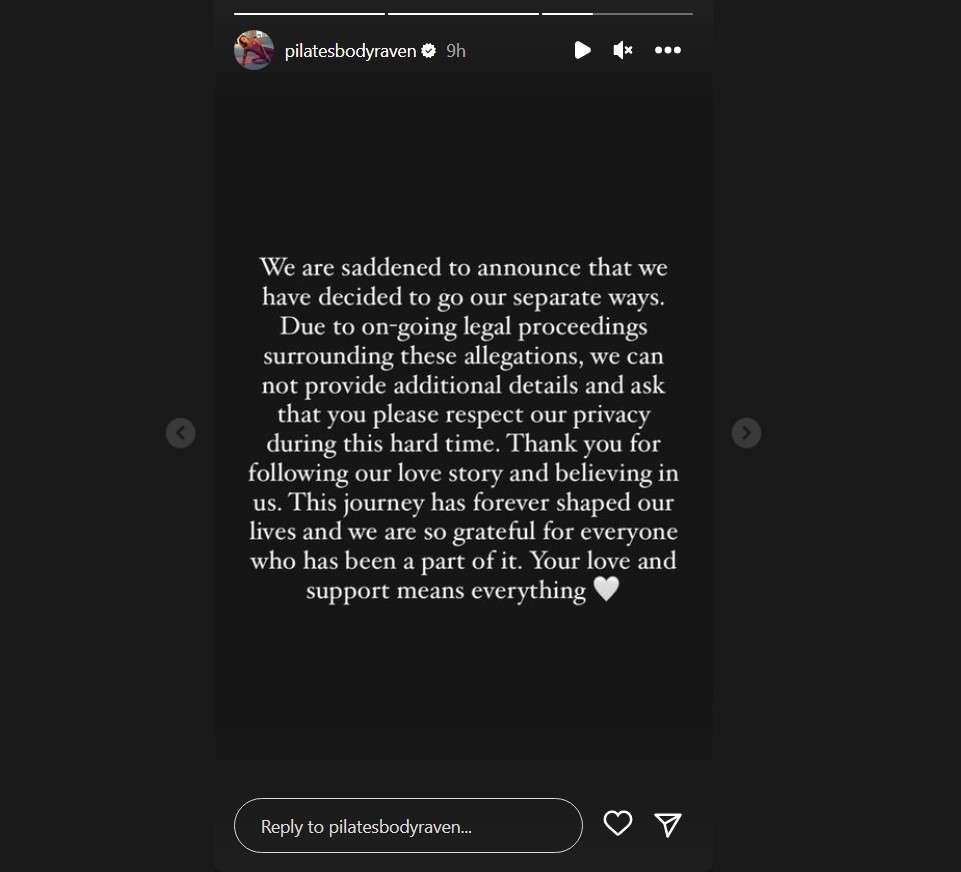 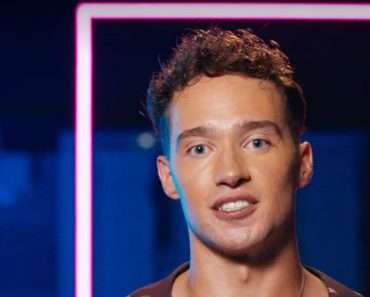 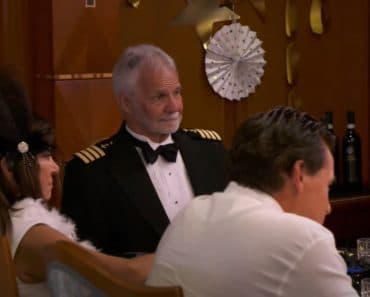