A lot has happened to Below Deck Mediterranean season 6 Stew Courtney Veale since the crew left superyacht Lady Michelle in Croatia.

The British beauty captivated Below Deck fans from the get-go with her hilarious one-liners, charm, lovely accent, drunken antics and her flirtations with Deckhand Zee Dempers.

Courtney, age 27, has all-but-confirmed she will be a replacement deckhand on Below Deck Mediterranean season 7. She’s responded to Below Deck fans’ questions on Instagram asking about how to become a deckhand. Reportedly, footage of Courtney working on superyacht HOME in Malta leaked from filming of season 7 in the summer of 2021. Courtney joins the deck crew as a deckhand after Bosun Raygan Tyler gets fired by Captain Sandy. Self-proclaimed pirate Storm Smith then takes charge of the deck crew after alleged plant Raygan walks the plank.

So, with Courtney starring on Below Deck Med again, fans want to know what she’s been up to since filming season 6.

What Happened To Stew Courtney After Below Deck Med Season 6 & Is She Single?

Although fans shipped Stew Courtney having a boatmance with Zee, he killed their potential blossoming relationship when he prematurely bought her flowers. In the Below Deck Med season 6 reunion, Courtney made it clear she they never hooked up and she only saw them as friends.

However, on August 11, Courtney and Zee met up in LA and spent two days together drinking, clubbing and sharing intimate dinners. Below Deck Med fans are wondering if they rekindled their romance on season 7, but will have to wait to find out. 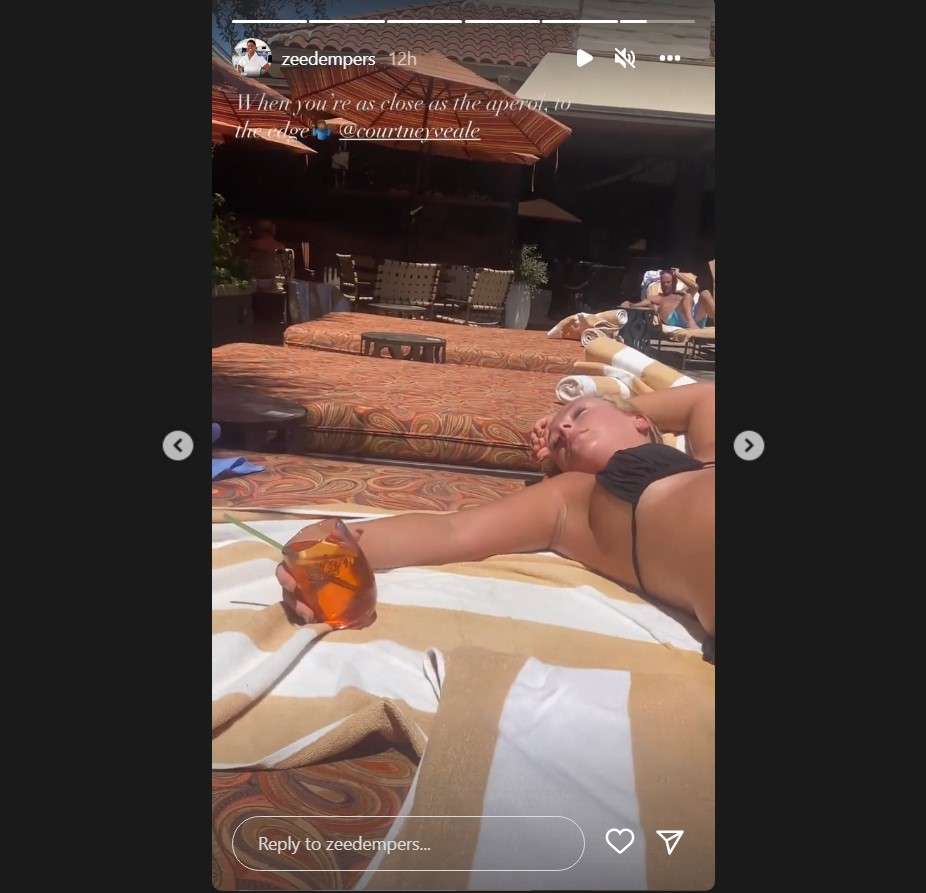 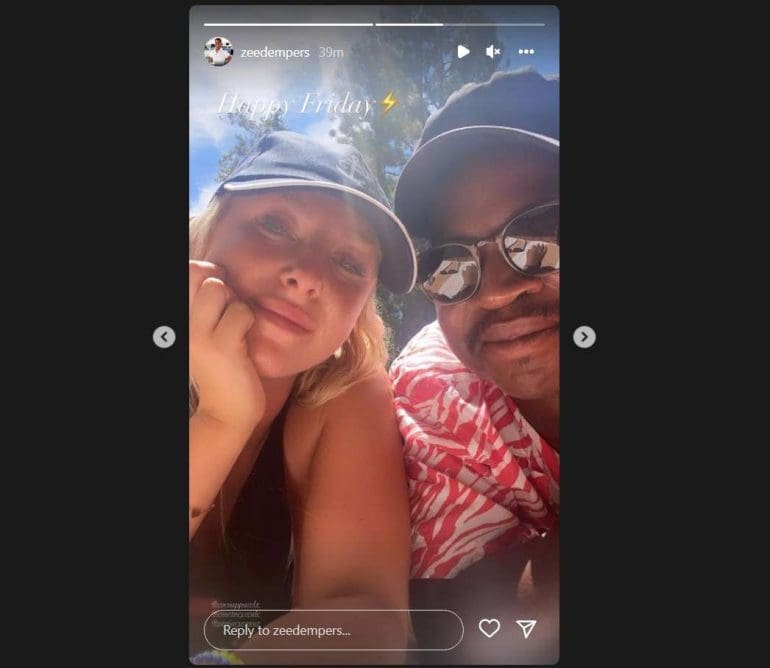 Since filming season 6 and 7, Courtney has enjoyed living the high-life of jet-setting, modeling for Instagram photos in designer clothing (or not much clothing at all), working out and eating gourmet food and partying like a queen. She says she hasn’t had time for a man.

“Single life has suited my life for a while now as I’ve been here, there and everywhere the past few years,” Courtney said in a recent Instagram story.

However, she has had a boyfriend before she became a Below Deck yachtie. She does yearn for having companionship again sometimes.

“It’s always nice to have a partner though and I do miss it sometimes,” she said on Instagram recently.

Courtney also told fans what she looks for in a man, including kindness, humor, success and good-looks. She says if they can cook it’s definitely a plus, too.

Besides living the high-life as an influencer, Courtney worked as a deckhand on another superyacht after season 6 in Greece and Italy. One of the charter guests on that yacht was retired NBA legend Magic Johnson. Before joining the season 6 crew, Courtney also worked on motor superyacht Elysian, which is 77 meters long. Eventually in the summer of 2021, Courtney joined the crew of Below Deck Med season 7 to work on superyacht HOME. She worked on several yachts since first appearing on Below Deck Med.

Courtney has also spent a lot of time back home in Conwy, North Wales, spending time with friends and family. She even recently went to a castle to watch a Shakespeare play (she’s just a beauty). Fans may remember Courtney also opened up about her dad’s struggle with Alzheimer’s Disease. He now lives in a care home.

Courtney Works As An Influencer On Her Instagram & TikTok

Courtney also joined TikTok last year and so far has over 5,000 followers and post videos of her showing off her fit body and sizable assets, which she says are fake. Courtney’s Twitter also has 3,600 followers, although she isn’t active there.

All of her fame has also had a bit of a dark side, however. She says she gets a lot of creepy, stalkerish messages from some fans.

The British rose says she’s tired of getting repeated messages of guys asking, “Can I buy feet pics?” and “When are you getting an OnlyFans?”

Courtney has also recently had to report fake accounts using her photos, impersonating her.

While in California she also went to Coachella. Courtney loves clubbing and live music. She recently went to Tao Nightclub in Vegas and previously going to the Happy Daze Daze Festival in Australia.

Courtney also bought herself a car, a black jeep, after Below Deck Med season 6 ended.

Before becoming a Below Deck yachtie, Courtney worked a lot of different jobs.

Courtney first got into yachting in Queensland, Australia, after living in Sydney and Melbourne for the better part of a year.

Even on Below Deck Med she’s changing jobs, going from the interior crew last time to a decky on season 7.

“I just get bored really easily,” said Courtney on Below Deck Med season 6 about having so many jobs. “I’m always like, ‘This is the one, Mom.’ Then it’s never the one. Same with men.”

Courtney also had a dog Ralph. She now takes care of another dog, likely her parent’s dog.

Courtney is five-foot-four-inches tall and has her birthday on August 21, making her Zodiac sign a Leo. The 27-year-old will be turning age 28 in 2022.

Courtney enjoys sports, including skydiving, skiing, paddle boarding, snorkeling and snowboarding. She also loves animals. The model has snorkeled with sea turtles, fed kangaroos, and held a monkey on her shoulders.

Courtney also has an obsession with wearing bikinis, and says she wants to retire so she can wear them exclusively.

The decky also self-describes as having a bad case of wanderlust. She’s traveled in Australia, Austria, Maldives, Rock of Gibraltar, France, Italy, Croatia, South Africa, Mexico, the Philippines, Bali, Spain, Puerto Rico, Monaco and many more countries! She now goes back and forth from LA and North Wales, but she wants to make LA her permanent home she said in TikTok Q&A.

Despite getting hundreds of requests, Courtney says she doesn’t want to do OnlyFans. If she did though, she says she wouldn’t be interested in explicit content.

Will fellow deckhand Zee be able to woo Courtney the second season together? Tune into Bravo on Mondays at 8 p.m. EST to find out when the blonde bombshell joins the Below Deck Med season 7 crew.