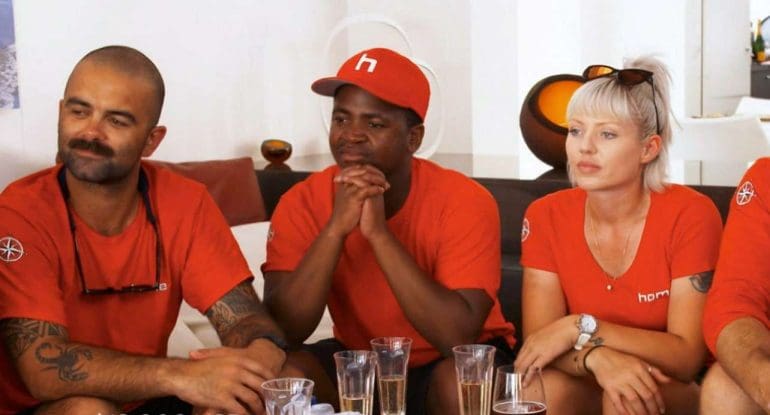 Fans always wonder how much money Below Deck cast members make on the show in tips, salary and Bravo pay.

Some viewers think yachties have a walk in the park to a gigantic pay day. The cast get to sail on a superyacht in exotic locations while getting paid tens of thousands of dollars. They even get to party every few days, too! However, their jobs are far from easy street. Below Deck yachties work intense hours. They’re expected to deliver five-star service to often drunk and demanding charter guests, all while being filmed 24-7 for a reality TV show. Not to mention the dangers of bad weather and boat trouble while at sea. Talk about a high-pressure situation!

There’s plenty of speculation and guesstimates out there on Below Deck cast members total pay. But Show Star News has the comprehensive facts on how much money the crew members rake in from starring on the Bravo show. Charter guest tips, yachting salary and Bravo pay for six-weeks work are all reviewed and factored in. We’ve also added up Below Deck cast members’ three revenue streams to figure out the overall total money different crew positions make on the show. 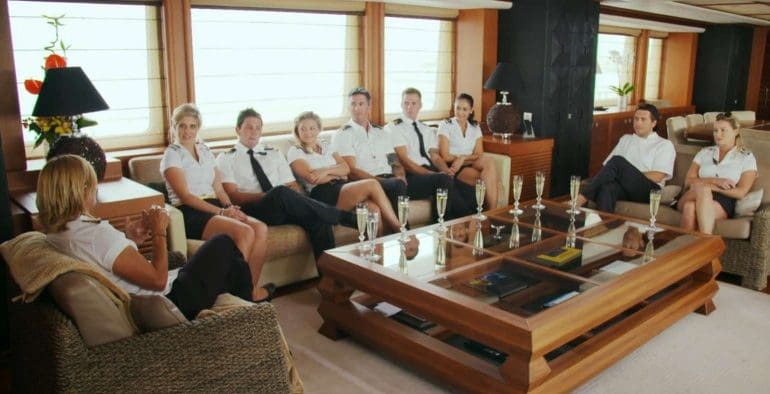 Unlike crew salaries and Bravo pay, charter guest tip money is evenly split between all cast members on Below Deck. Even hidden crew members on the show get their fair share of the tip bounty.

Each season of Below Deck, the total tip money depends on several variables. The level of service provided by crew, the number of charters on the season, the generosity of charter guests, luck and inflation all factor in.

In Below Deck season 9, the crew made a total of $147,000 in tips over seven charters. The cast members who made it through the entire season made $12,380 in tips. In contrast, the Below Deck Sailing Yacht season 3 yachties each made $16,762 in tips after 9 charters. The BDSY season 3 crew could’ve made even more if they didn’t get a terrible $6,500 tip.

So Below Deck cast members typically make well north of $10,000 in yacht tips for working six weeks. Fan-favorite Chief Stewardess Kate Chastain confirmed to ET tips are not faked for the show. However, charters on Below Deck are condensed to three days, instead of the usual 7-day charters on conventional commercial superyachts. Kate explained that a typical week-long charter crew members receive on average a $5,000 tip share. She says the three-day charter is prorated. Thus, the average tip on the show from one charter works out to between $2,000 to $2,5000, according to Chastain.

What Below Deck Crew Members Make In Salary From Yacht Owners 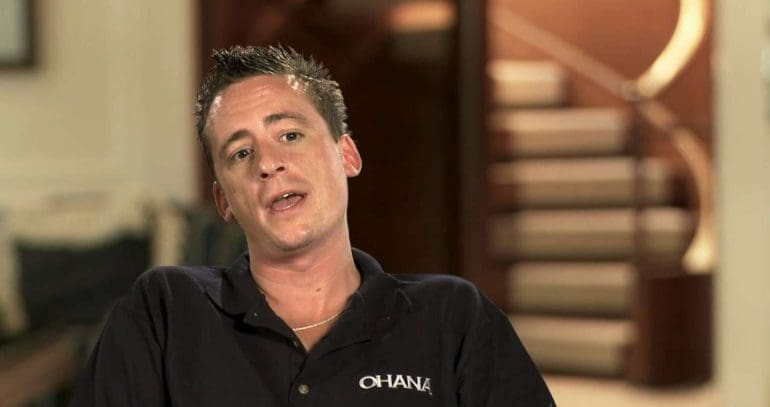 Some green Below Deck fans falsely believe crew members only make money from tips. But cast members also get paid a salary by the owner of the superyacht business just like everyday yachties.

Yacht crew members pay depends on the size of the vessel they’re working on and their job aboard. The most recent Below Deck superyachts fall into the range of 160 to 190 feet in length. For some examples, Below Deck Sailing Yacht‘s Parsifal III is 177 feet long, Below Deck season 9’s My Seanna is 185 feet, Below Deck Med season 7’s Home is 163 feet, and Below Deck Down Under‘s Thalassa is 181 feet.

Meanwhile, Below Deck Chief Stewardesses, such as Adrienne Gang, Hannah Ferrier, Kate Chastain, Daisy Kelliher, Aesha Scott and Heather Chase make an estimated $9,000 to $10,500 in salary during a charter season of six weeks. An underling Below Deck second and third steward(es) makes roughly between $7,500 to $8,250. 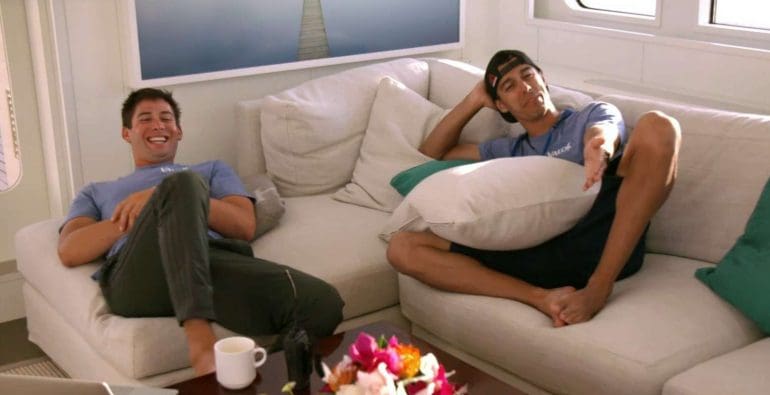 Below Deck yachties are also paid a third time by Bravo. However, crew members from time to time have made it clear Bravo doesn’t pay them much money.

Most recently, former crew of the show have complained about the low pay for cast compared to other Bravo hit shows, despite Below Deck sometimes beating Real Housewives for top ratings on the reality TV network. OG Below Deck cast member Eddie Lucas recently griped to the New York Post that yachties on the show get paid “peanuts” compared to housewives who can reportedly make over $1 million per season. Chef Rachel Hargrove echoed the Bravo bad pay issue at the same time she announced she was quitting the show.

However, Chief Stew Hannah Ferrier and other bigger stars have said they made much more than the standard Bravo Below Deck pay. 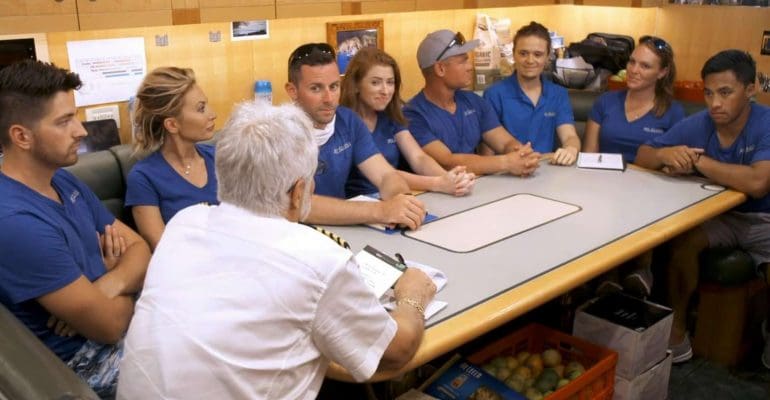 So, after adding up tips, yacht salary and the Bravo appearance fee, let’s see what a typical cast member makes. We’ll give the yachties the lower end of the salary range because they’re doing contact work. For tips, we’ll guesstimate an average of $12,000 in tip money for the season. Finally, the average Below Deck cast member doesn’t likely get above the alleged standard Bravo appearance fee.

With that all in mind, here’s how much new cast members roughly get paid.

In the interior, similar amounts are likely made by Below Deck cast members. First-time Chief Stews and Stews probably make $26,000 and $24,500 respectively.

Finally, first-time Below Deck Chefs likely make about $29,000 for working a season on a Below Deck yacht. First-time captains would most likely make $41,000 or more in a season.

Below Deck Celebrities Can Make A Lot More

These well-known cast members can use their star power to negotiate higher pay from Bravo. Furthermore, Below Deck crew who get famous can use their stardom to cash in with sponsorship deals and charging high fees for appearances and speaking gigs. 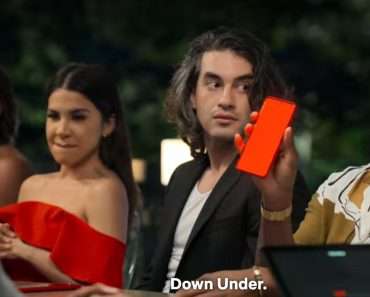 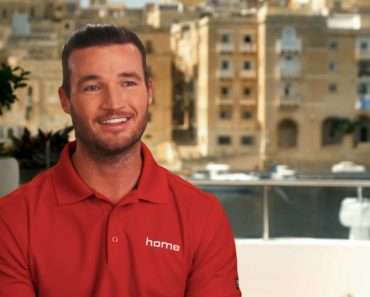 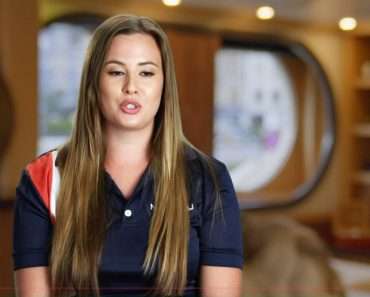