On Below Deck Med season 7 Captain Sandy Yawn crashes superyacht HOME into a dolphin in the Malta harbor. (A dolphin is a protective structure built on docks or waterways to guide ships and protect barriers.)

The incident leads to the firing of Bosun Raygan Tyler, and hiring/return of Below Deck Med season 6’s Courtney Veale.

Although Captain Sandy’s crash was the first time her boat ever hit something, it certainly wasn’t the first time disaster struck a Below Deck crew. Here are all the times a captain from the Below Deck franchise has crashed a superyacht boat.

Captain Glenn Shephard had the worst day of his career while filming Below Deck Sailing Yacht season 2.

It all started in the morning when they were docked and the wind suddenly picked up to gale-force power. Sailing superyacht Parsifal III started to drag anchor and the boat hit the dock. Luckily the deck crew reacted quickly. Chief officer Gary King and his deckhands Sydney Zaruba and Jean-Luc Cerza-Lanaux. They managed to get off the dock after the crash and Gary figured out how to fire up the generators. (Chief Engineer Colin MacRae wasn’t on the boat at the time of the precarious situation.) Luckily the damage to the back of the boat was minor cosmetic damage.

The first crash of the day already made it one of the worst days in Captain Glenn’s yachting career. But his day was about to get a lot worse when the boat hit another dock again!

This time when docking, Captain Glenn lost control of Parsifal III from a boat malfunction. The superyacht failed to recognize his inputs to the engine and continued to reverse into the dock. Captain Glenn was furious when the boat ran into the dock wall. Luckily the yacht hit bricks and stones that took the impact of the superyacht, so it only caused cosmetic damage again.

In an interview with the three main Below Deck captains, Glenn explained what went wrong.

“When I’m changing the directions of the shaft, it’s just the pitch of the blades. And when they are pitched all the way back in high revs they get stuck.”

The crash actually only cost a couple grand to fix Prasifal III and $5,000 or so to fix the dock, which the boat’s insurance covers.

Poor Captain Glenn. Another season, an another crash. This time it happened due to negligent Deckhand Tom Pearson being more interested in Stew Ashley Marti than doing night watch.

The anchor began to drag, and took nearly an hour for Tom to realize what happening. By the time the rest of the crew was notified it was too late and Parsifal III was run aground. Luckily, Captain Glenn and the rest of the crew were able to get off the sea bed with minimal damage to the bottom of the sailing superyacht.

Tom was fired by Glenn shortly after the near-disaster crash.

Although Captain Lee hasn’t crashed any of the superyachts during filming of the original Below Deck series, the reality TV star has damaged docks. Once the bow thruster kicked into gear before all the ropes were untied from the dock. The boats weight ripped some of the dock off.

The OG captain has also had some close calls in crashing boats, too.

Captain Sandy had a close call crashing into a dock back in Below Deck Med season 5 when she lost control of all power. Superyacht Wellington sat motionless in a tight marina. During the ordeal, Captain Sandy said the chances of hitting something was far greater than none.

In episode 4, Captain Sandy hits dolphins in a harbor in Malta on two separate occasions. However, there’s no damage for superyacht HOME. Captain Sandy was still furious though because she had a perfect record up until the accident.

Bosun Raygan was a main issue managing the deck team before the first collision, which factored into the crash. Some fans think show producers planted Raygan as a foil to make Captain Sandy look better. However, if that’s the case, in the moment of the first crash it didn’t do the trick.

Once Raygan was fired, provisional deckhand Storm Smith had trouble communicating to Captain Sandy on his radio. Captain Sandy again crashed into a dolphin, but this time fans thought the crash was faked.

Before Captain Jason Chambers starred on Below Deck Down Under, he crashed a superyacht into a dock at high speed due to the controls malfunctioning. Just like Captain Glenn’s second crash, it wasn’t human error. Although technically a boat crashed on the show, it was still a big enough crash worth mentioning.

Captain Jason was praised for his quick-thinking and there was only minor damage to the superyacht Moatize. 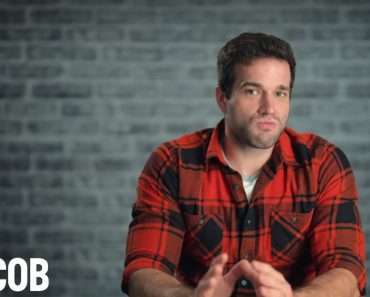 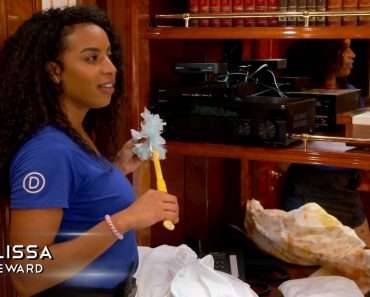