A Below Deck fan is upset with Chef Rachel Hargrove’s pronunciation of the French ‘macaron’ cookie.

The controversy started when Rachel was serving co-primary charter guests Jeremy Morton and Marty Weiss, along with their families, dessert. In episode 5 of season 9, Chef Rachel describes the desert as a “caramel panna cotta” and having a “Madagascar vanilla macaroon with a tiramisu made with zabaione”.

Well this doesn’t sit right in the stomach of Reddit user Fabulous_Ferret_3527.

“IT’S macaRON!!!!!! (Not macaROON)” the user sounded off on subreddit r/BelowDeck, which ended up being upvoted to the top of the discussion board.

Apparently Fabulous_Ferret_3527 is an expert on the Parisian dessert cookie.

“As a macaron baker, this bugs me so much.. especially since Rachel is so worldly. She should know better.”

Investigating the history of the word ‘macron’ online turns up a wealth of information on the French cookie. Rachel Hargrove and the ranting Reddit user could both kind of be right. A YouTuber’s video explains, comprehensively, how “macaroon” is the American way for describing that nation’s version of the French dessert cookie. And both “macaron” and “macaroon” have the same root word from the Italian word for macaroni.

However, the pedantic Reddit user still has a point because it turns out that American macaroons differ from French macarons. The macaron dessert is what Chef Rachel serves her guests in episode 5, not the American “macaroon”. On a technical note, Hargrove actually serves a Madagascar version of the dessert cookie, but it’s still a variation of the French macaron.

According to the Master Class website’s page on macaroons and macarons, the Parisian macaron is made from a base of ground almond flower, has a hollow center, and “formed into sandwich cookies filled with ganache, jam, or buttercream and chilled, yielding a chewy center and shell-like surface.” Meanwhile, the American macaroon is “made from shredded coconut held together by egg whites and granulated sugar. They have a craggy surface and chewy interior and are often dipped in chocolate.”

So, technically speaking, Chef Rachel mispronounces and mislabels the French macaron by calling it “macaroon”. However, when French “macarons” are so commonly known to Americans as “macaroons” it makes sense Hargrove would intentionally mispronounce it. That way her audience wouldn’t think she’s mispronouncing it.

It’s kind of like pronouncing the Vietnamese soup “pho” correctly (it’s pronounced “fah”). Sure, you’re technically right, but everyone else says it wrong in America, so why say it right?

Either way you slice it, Chef Rachel Hargrove is beyond reproach. Her top-notch cooking skills are always get rave reviews from her fellow crew members, fan-favorite Captain Lee and charter guests. Also, Eddie Lucas backbiting of Rachel on season 8 was more than enough. Rachel’s the most hardworking, badass chef Below Deck has ever had. And that’s why she can pronounce a “macaron” any damn way she pleases. 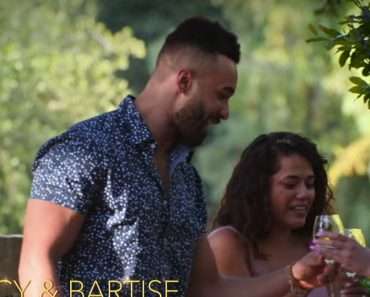 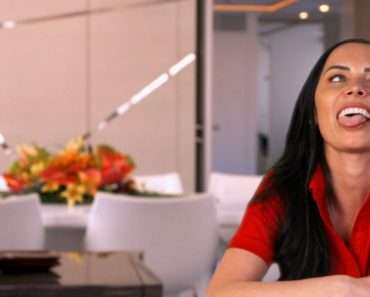