There’s little doubt Below Deck‘s Captain Lee Rosbach is the most beloved cast member of all-time from the show for both superyacht crew members and fans alike. At the start of season 9, Captain Lee was in the hospital for an irregular heartbeat, or A-fib (atrial fibrillation), and Captain Sean Meagher supply-captained the My Seanna. Fans and crew members immediately missed the OG captain with a heart of gold.

Here are all the reasons why Captain Lee is so loved by fans and cast members of Bravo’s top hit show.

Captain Lee Rosbach may be a man of few words, but when he does say something it’s usually very witty, vulgar, and hilarious simultaneously.

Some of his best wise-cracks from the first episodes of Below Deck season 9 show he’s still got it:

“I’d rather sandpaper a tiger’s ass in a phone booth than miss a charter.”

“You don’t sit there and look into the jaws and not have it alter your perspective.”

“This must be a lot like putting on a bra.”

“If you can’t run with the big dogs better keep your puppy ass on the porch.”

“I’m as nervous as a whore at the front-row pew at church.”

“I’m not the sharpest knife in the drawer and I can figure it out.”

Captain Lee can be a real hard ass to his crew members when he needs to be, and he definitely won’t think twice about firing someone if they put the boat and lives in grave danger, embarrass the crew or don’t pull their weight. However, deep down he’s a real softy and wants all of his crew to succeed.

He likes to see crew and charter guests who make forgivable mistakes have a second chance at redemption. That’s why on season 9 when charter guest Justin Richards was acting like a drunken buffoon his first night on the superyacht, Captain Lee didn’t lose his cool and deal with him when he was sauced and belligerent, but waited until Justin was hungover and full of regret. Instead of kicking Justin off the boat for his inappropriate behavior, Captain Lee gave him and primary charter guest Michael Durham a stern talking to over their whiskey-induced shenanigans, giving them one more chance to behave themselves. After that, Justin was a saint, saved some face, and got to enjoy the rest of his extravagant and super expensive trip on the My Seanna. We’ll have to wait and see if Rayna Lindsey or Jessica Albert will also need Rosbach’s forgiveness on season 9.

Captain Lee commands respect. His impeccable dress, sharp wit, strictness, staying cool under pressure, loyalty, professionalism, wisdom and kindness are all reasons superyacht crew members and charter guests show immense respect to the OG captain of Below Deck. He also really cares about his crew and wants them all to succeed and grow at their jobs.

Captain Lee gives his everything to keeping the boat, crew and guests he’s in charge of safe, but his first loyalty and love is to his family.

Fans adore Captain Lee’s love and respect for his wife, Mary Anne Rosbach. Whenever he’s asked about his life by charter guests when he has dinner with them, he always fondly talks about his great life with his wife in Florida, and the expression on his face when talking about is always one of warmth, a marked change from his usual stone-cold poker face.

He also talks very fondly of his family, and that is why it was all the more tragic when he and his wife Mary Anne’s one son died to a drug overdose. Never giving up on his son Josh who suffered from opioid addiction for 20 years, Captain Lee fundraised and is starting a program for young men with addiction in loving memory of his son and to do something positive out of a tragedy.

Captain Lee’s nickname “Stud of the Sea” is well earned. Women want him, men want to be him. Many a charter guest has had a major crush on him and openly flirted and longed for him, despite some of them having their husband or boyfriend looking on in dumbstruck jealousy. In episode 5 of season 9 another woman charter guest, Jodi Weiss, repeatedly hit on Captain Lee over dinner and tried to follow him into the captain’s quarters on the My Seanna.

Are there any other reasons why fans and crew love Captain Lee? Leave a comment! 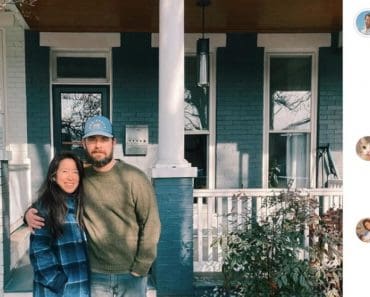