Fans want to know who the Co-Primary Charter Guest Chelsea Gonella with her mouth wired shut from Below Deck season 9 is. She and the other primary, her husband Michael Gonella look likes a glamorous couple based on the preview for the latest episode, except for her having to eat and talk with her jaw wired shut.

Based on her odd circumstances, Chelsea interested Below Deck fans as soon as Captain Lee Rosbach read off the charter guest preference sheets.

“Due to a recent icicle accident, Chelsea will be coming aboard with her mouth wired shut. And will be unable to consume any solid foods,” read Captain Lee.

Despite the sheet reading it was an icicle accident, Captain Lee recently told a fan on Twitter differently. Apparently Chelsea had her jaw wired shut after a bicycle accident, which makes more sense for someone who lives in San Francisco.

So, Chelsea has to drink liquid smoothies the entire charter trip aboard the My Seanna. Talk about a challenge for Chef Rachel Hargrove to please this primary guest. With this in mind, it’s doubtful the crew will be beating their season-high $25,000 tip on the 5th charter of season 9.

In the episode 9 preview, Chelsea complains about how much it sucks to have her mouth wired shut.

“I’m f***ing starving and I’m having a meltdown,” says a frustrated Chelsea to her girlfriends and husband.

What To Know About Charter Guest Chelsea With Mouth Wired Shut

Besides Chelsea chartering a superyacht on Bravo’s top-rated reality TV show, she doesn’t have a big social media presence. Chelsea’s Instagram is private. However, she’s a dog mom to a Labradoodle named Enzo who is very active on Instagram.

Born in 2016, Enzo the dog loves “everyone in the whole wide world.” He also apparently voted and participated in #blackouttuesday.

According the preference sheet, she is obsessed with travel and food. She’s also a yoga instructor who celebrated her 50th birthday while on the 5th charter of Below Deck season 9.

“So we’ll have to get her a birthday straw,” Captain Lee, hospitalized last week for spinal surgery, joked when realizing she was having her birthday on his yacht while her jaw is wired shut.

The co-primary charter guest also had her girlfriends on the charter, including “Broom Girl“, who may be a Reiki practitioner or energy healer. But fans will have to wait for episode 9 to find out more.

McElroy is a former TV news anchor as far back as 2004, most recently working at KRON-TV for the San Francisco Bay Area, per Tiffany’s LinkedIn. Also, she has a Twitter account.

She now works as a professor at the Academy of Art University, instructing students in “Gender, Race & Class, Journalism on Camera Class, and History of African American Athletes”.

Tiffany has won two Emmy awards for her reporting, including work at the 2004 Republican National Convention. The other Emmy came from a news special taking an in-depth look at the legacy of Martin Luther King.

The other co-primary of the 5th charter is Chelsea’s husband, Michael.

On Below Deck season 9, Michael is described as a senior vice president at a successful technology firm.

Michael, per his LinkedIn, works at Salesforce as an executive, and previously worked at Visa and IBM. It’s likely Michael is footing a lot of the bill for the charter on the superyacht.

He also has a degree in computer science from U.C. Berkley.

Themed Parties On the My Seanna

Although Chelsea having her mouth wired shut may put a damper on her 50th birthday, she still came to party.

She and the other charter guests are having a silent disco beach party, and a black and gold glam party.

To find out how Chief Stew Heather Chase, Fraser Olender and Jessica Albert pull off hosting those themed parties for Chelsea and co. watch the next Below Deck season 9 episode on Bravo at 9 p.m. EST. 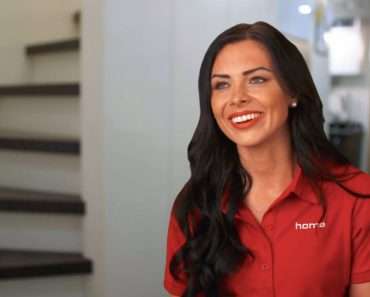 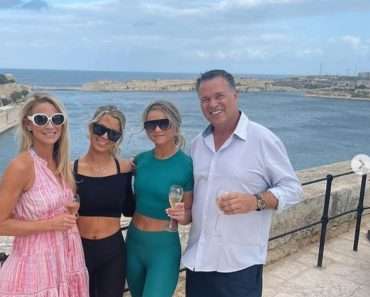