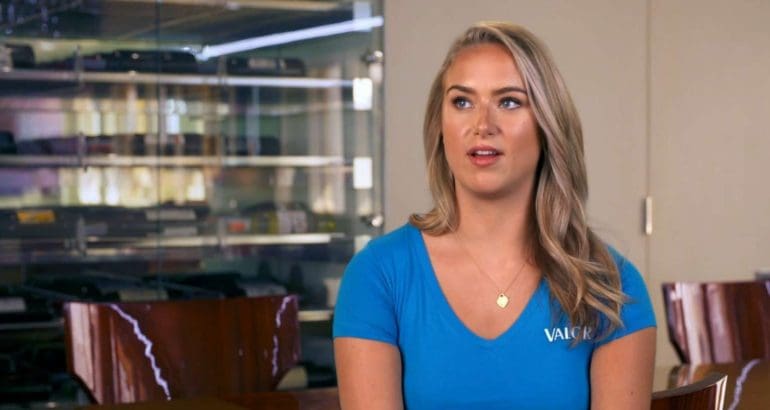 Courtney Skippon won over Below Deck fans with her witty comments about charter guests, as well as her hard work ethic and straightforwardness. Viewers overwhelmingly found Courtney was led on and mistreated by Lead Deckhand Brian de Saint Pern during their boatmance. But after the fiery reunion episode, what happened to Courtney since Below Deck season 7 aired?

Besides gaining over 100,000 followers on Courtney’s Instagram, life went back to normal for the Canadian from Vancouver, BC. When we say “normal”, we mean the lap-of-luxury lifestyle Courtney grew accustom to growing up as an only child.

Courtney continued her globetrotting influencer lifestyle after the show ended filming in March 2019 in Thailand. She spent a luxurious vacation in Phuket, Thailand, after the charter season ended. From there, she traveled down under to New South Wales, Australia. When on the other side of the world, why not? There she spent much of her time with fancy drinks hanging by the beach, and enjoying time with (cute) wildlife. 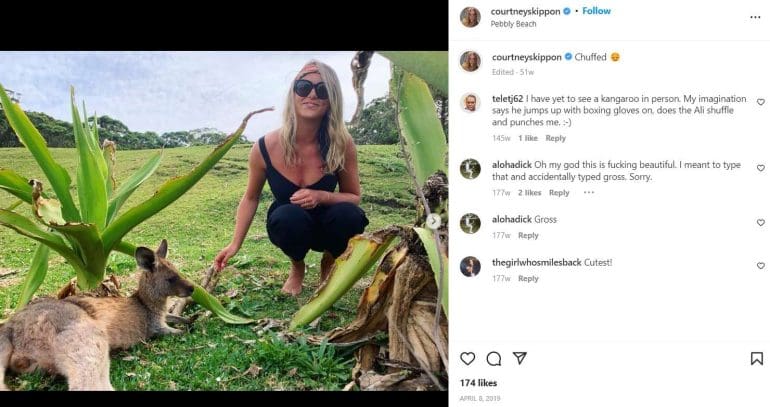 Courtney poses with a baby kangaroo while traveling in Australia (Instagram). 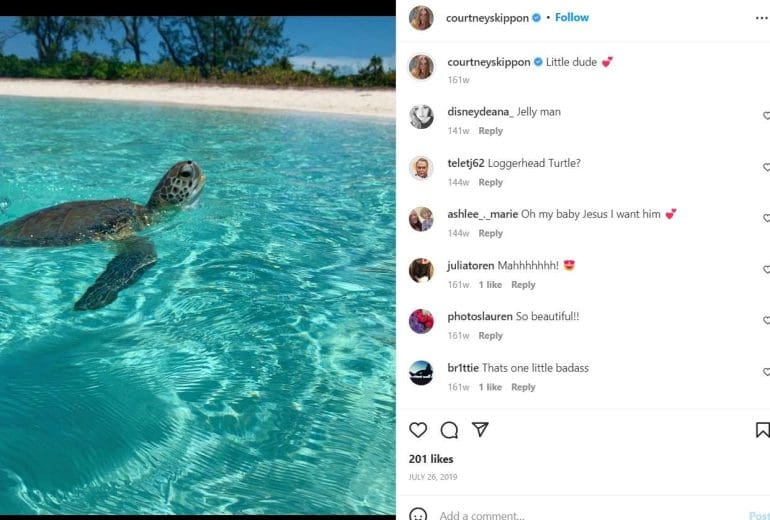 In a break from her trip in Australia, she flew to Hawaii for a wedding. then returned back to glamping in Australia. After that it was a quick trip to LA, before heading to the Bahamas. On podcast A Sip Of Positivitea she revealed her ex boyfriend is from there, and she plans to eventually move there fulltime. As of now, it looks like she’s finally taken the plunge and moved there for good. In a recent IG story she mentioned she has a boyfriend, although that can hardly be said to be Instagram official. 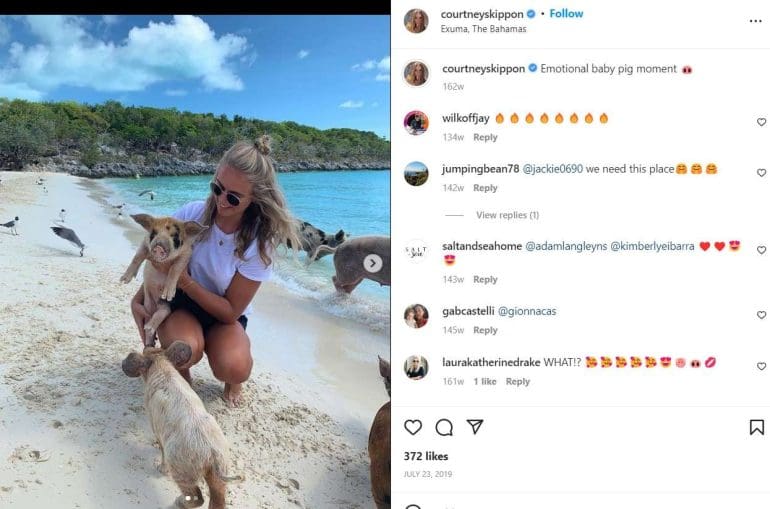 Courtney enjoys a vacation in the Bahamas (Instagram).In the past couple of years she’s also visited other high-end locales including Whistler, BC. Currently she’s living again in Australia. Courtney’s also shares on IG her love of all brands of champagne, oysters, fine dining, cute animals, a good book, sunsets, beautiful landscapes and beaches. She also spends a lot of time with her friend’s dog Ollie, a Yorkipoo.

Here he is wearing blue and celebrating with @VeuveClicquot pic.twitter.com/SIGI8hBfhY 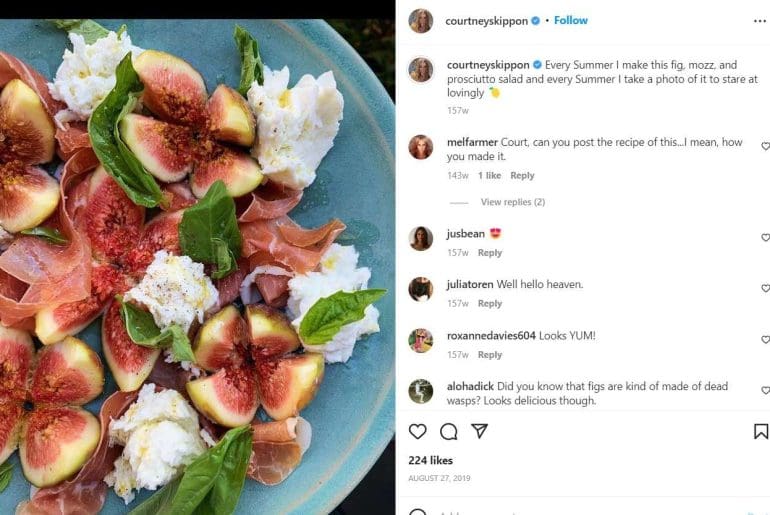 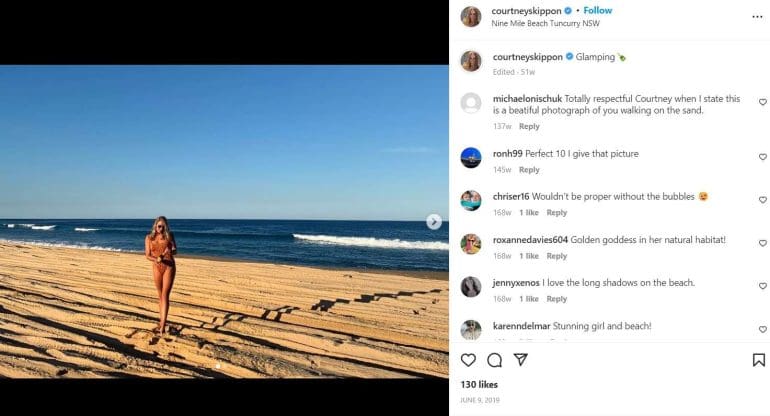 Courtney glamping in Australia after Below Deck season 7 (Instagram).

She became friends with Chief Stew Kate Chastain while filming Below Deck season 7. They both like to share their dry sense of humor and love of reality TV on Twitter.

Courtney celebrated her birthday is on August 31, turning 30. Her zodiac sign is Virgo, which fits Courtney’s personality to a tee. 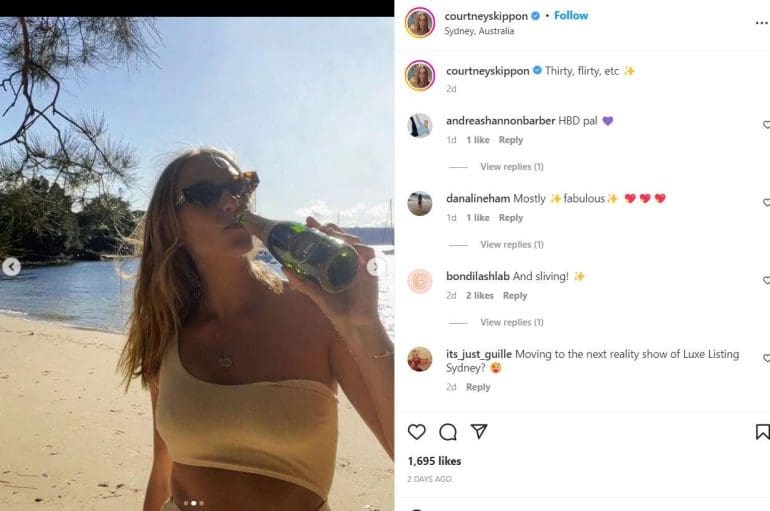 Courtney shares her commentary on her favorite reality TV shows on Twitter. She’s a fan of Below Deck, Real Housewives, and Love Island. She also goes on podcasts to give her two cents on the shows. At the beginning of 2022, she went on Below Deck Med’s former Chief Stew Hannah Ferrier’s podcast Dear Reality, You’re Effed. On the show she said she wouldn’t return to Below Deck because she decided to sit out for season 8 due to the Covid-19 pandemic. She said if she could’ve continued right after the first season she may have done it, especially if Kate was returning back as chief stewardess. Below Deck fans would certainly welcome her back. Courtney finished in 8th place for favorite yachtie from the original series.

During the Below Deck season 7 reunion episode, Courtney confronted for Brian’s domineering behavior when they dated.

“I had to block him because he kept sending me aggressive messages about what I said on the episodes,” Courtney said. She also revealed he called her “a cold-hearted woman” and questioned why he was ever interested in her.

Courtney also showed some text messages between them to show how aggressive Brian got.

Since then the two moved on and she dated a mystery man in Australia.

Besides working on a yacht for three months previously to working superyacht Valor, it’s unclear what Courtney does for work. However, she does share brands on her Instagram, which she likely gets paid in sponsorship deals. Most recently she promoted Monos carry-on luggage. 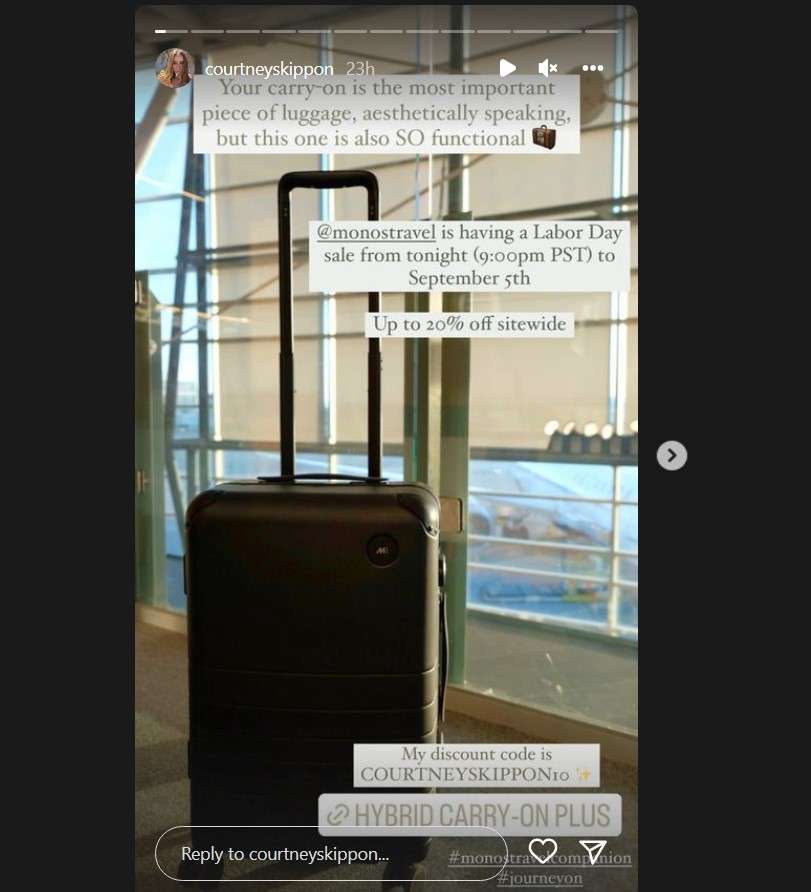 Courtney self-describes as a “Flâneuse,” which is the feminine French word for an idler or dawdling observer. 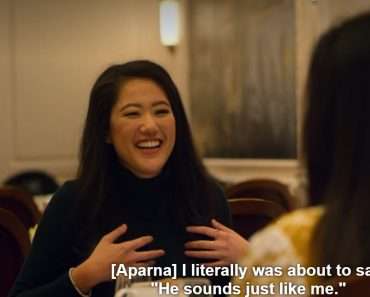