Below Deck fans want to know more about charter guests Lane Merrifield, his fiancé Amanda Bourke, and their friends. The all-Canadian group of charter guests made their debut onboard Parsifal III on Below Deck Sailing Yacht season 3, episode 14: “Smashley”.

Lane is a co-founder of wildly popular social media platform for kids, called Club Penguin. When Lane was only age 28, he and his co-creators of the online game sold the company to Disney for $350 million. Disney also hired Lane to be Executive Vice President of Disney Online Studios.

Since making millions from the sale of Club Penguin, Lane has stayed in the fast lane. The serial entrepreneur has funded countless startups. He’s also sold his education tech app business, FreshGrade, for an undisclosed amount in 2021. He’s also a thrill junkie. On Lane’s Instagram, he shares flying airplanes, snowboarding, riding motorcycles and sports cars, skydiving, scuba diving and traveling the world.

Online reports mistakenly attribute the $350 million buyout of his company as Lane’s net worth. However that was split between the owners of Club Penguin. Regardless, Lane is fabulously wealthy. Hence why he can afford to be the primary charter guest on Below Deck Sailing Yacht.

Before proposing to his fiancé Amanda, Lane was previously married and has kids from his first marriage.

Although Lane’s preference sheet requested “top-shelf tequilla and Reese’s peanut butter cups” and his laidback vibe, the entrepreneur still has high expectations. Lane has dined at over 30 different Michelin star restaurants and also likes Japanese seafood and molecular gastronomy. Chef Marcos Spaziani has his work cut out for him. Spoiler alert, like always, it looks like Chef Marcos wowed the socks off Lane and Amanda. They recently visited Chef Marcos’s new restaurant in LA.

Lane operates his business between Orange County, California, and Alberta, Canada. However, he’s actually from the City of Kelowna, in British Columbia, Canada.

Captain Glenn was excited when he found out charter eight was going to be all Canadians. With a reputation of being polite, the Glenn knew his crew could use some relative rest after facing stormy charter guests like Erica Rose and her husband Charles. Also, who could soon forget Dr. Kim Nichols, her husband Chris and friend Dino?

It looks like Lane and his friends are living up to the Canadian cliché. Joining him and Amanda (who keeps more private than Lane) onboard are: Dr. Jeremie Hallett, Becky Hallett, Matt Gomez, Brittney Atkinson, Romeo Perretta and Chelsea Perretta. 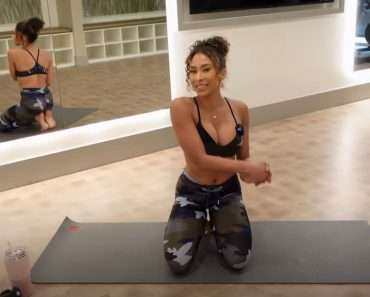