Erica Rose’s group of charter guests were a nightmare for the Parsifal III crew members the whole voyage. If anything, Erica Rose’s charter owed the BDSY crew $30,000 at least for putting up with them.

Erica Rose’s husband Charles Sanders (or Chuck) complained non-stop once getting aboard the yacht. He repeatedly insulted Chef Marcos Spaziani‘s top notch food. Charles bragged and droned on about his life to the interior crew. He almost got in a fight with his wife Erica Rose’s hairdresser’s husband. After seeing how bad the behavior was on the plane ride, where Erica’s mom Cindi got kicked off, one guest dipped out of the trip. He skipped going on the yacht once reaching Spain. It was so bad that Charles did a now-deleted almost two-hour apology for his “despicable and disgusting” behavior. However, he didn’t believe he owed more for the tip or an apology to the crew.

And now, fans are accusing him of shortchanging and pocketing charter tip money meant for the BDSY season 3 crew! Chief Stew Daisy Kelliher also had a lot to say on what happened behind the scenes with the extremely low $6,500 tip. Meanwhile, Charles and Erica claim they contributed their fair share to the charter tip.

Fans are pointing to footage of Erica Rose’s husband Charles holding onto a wad of $100 bills near the end of the charter on season 3 as proof he shorted the crew of tip money.

“Honestly, I think your husband dipped into your mum’s tip drawer!” a fan commented on one of Erica’s few Instagram pics with comments still allowed.

However, there’s a likelier explanation for why the tip only came up to $6,500. Erica Rose’s former hairdresser Janelle Flatt and her husband Rhett Kenagy revealed the tip breakdown. According to a leaked text message Janelle received from Erica, she was told the tip was included in the price of the trip.

So, Erica apparently misinformed other charter guests how much tip money each guest is supposed to tip. This was Erica’s second time on the show, so she would know how much to actually tip. With the eight guests tipping only $900 each in the base price, that amounts to a total tip of $7,200.

Erica Rose and Charles Sanders on Another Below Deck Podcast claimed they personally paid the $6,500 tip. They also allege if the other charter guests had contributed to the tip the crew would’ve received $25,000. However, that math doesn’t add up. If Erica, her mom Cindi, and Chuck contributed their fair share of the $25,000 it would amount to $9,375.

Apparently the other than his wife Erica and her mom Cindi, Charles didn’t know any of the other charter guests who went on the yacht trip. The behavior of Chuck, Erica and Cindi disgusted Janelle and Rhett. They maintain that Erica misled them on how the tip worked, but that they contributed their fair share of what they thought was the appropriate tip amount.

In Chuck’s apology video, he maintained that he paid his fair share and gave everything he could for the tip. He also said he was oblivious to the fact that the tip was so low when leaving the yacht. He then went on to say he felt sorry for not “picking up the slack” of the other charter guests allegedly stiffing the crew.

Chief Stew Daisy Kelliher hasn’t been shy to express her disgust of Erica and Charles on her podcast Pita Party. In the most recent episode, Daisy explained how the tip wasn’t just really low, but that they also paid with obsolete and random currency.

“They didn’t even air the best part. Not only was that the tip we were given, they also gave us like Greek money, which has been redundant for the past 20 years. Greece uses the Euro. They gave us [money from] Fiji, they gave us all the scrapples [sic], is that what it’s called? You know, the shitty money you have at the bottom of a coin jar,” Daisy said.

“If you complain, then you can justify the bad tip. When actually you just can’t afford it,” Daisy further explained on why she thinks Chuck complained so much on the charter trip.

“In a real situation, with the tip they gave us, they’d be blacklisted from chartering a boat,” Daisy also said about the low tip.

“If you hear that conversation that Rhett is having on the phone with his friend and he says Chuck said it’s his hobby to go to restaurants on the weekend and complain about the food so he gets the food for free. That was probably his goal…”

“Once again I went to McDonald’s, and we know every single time that we go to McDonald’s it’s going to be quality food. Just like it was this time. Good quality food every time,” Chuck said, grinning at the camera.

“Online bullying is a real thing, and you shouldn’t be rewarded for that,” Daisy said. She believes Erica, her mom Cindi and husband Chuck shouldn’t be allowed back on the show.

Erica and Charles Excuse His Bad Behavior As Acting

Despite giving a half-hearted apology after Erica got mad at him, Chuck also claims he was putting on an act.

“At that point I had gotten into the character, I couldn’t stop myself at that point.”

Erica Rose claims producers encouraged Charles to be as rude as possible, and that the drama is scripted.

“I definitely can’t control my husband. But I think if people realize that he was acting and participating along with producers and what they wanted him to do, maybe that will help explain things,” she said.

Erica is a longtime super fan of reality TV, appearing on The Bachelor, Bachelor Pad, and Dr. Phil before being a charter guest on Below Deck Sailing Yacht seasons 2 and 3. She also became a lawyer in the past few years, shares a law practice with her husband and wants to have her own law show like Judge Judy. 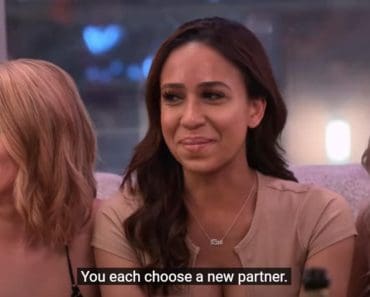 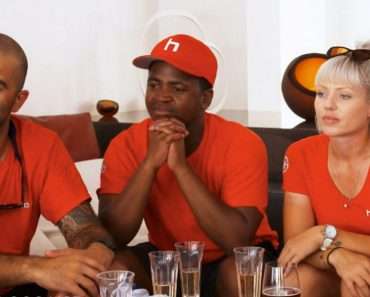 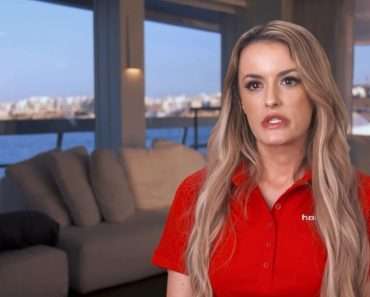